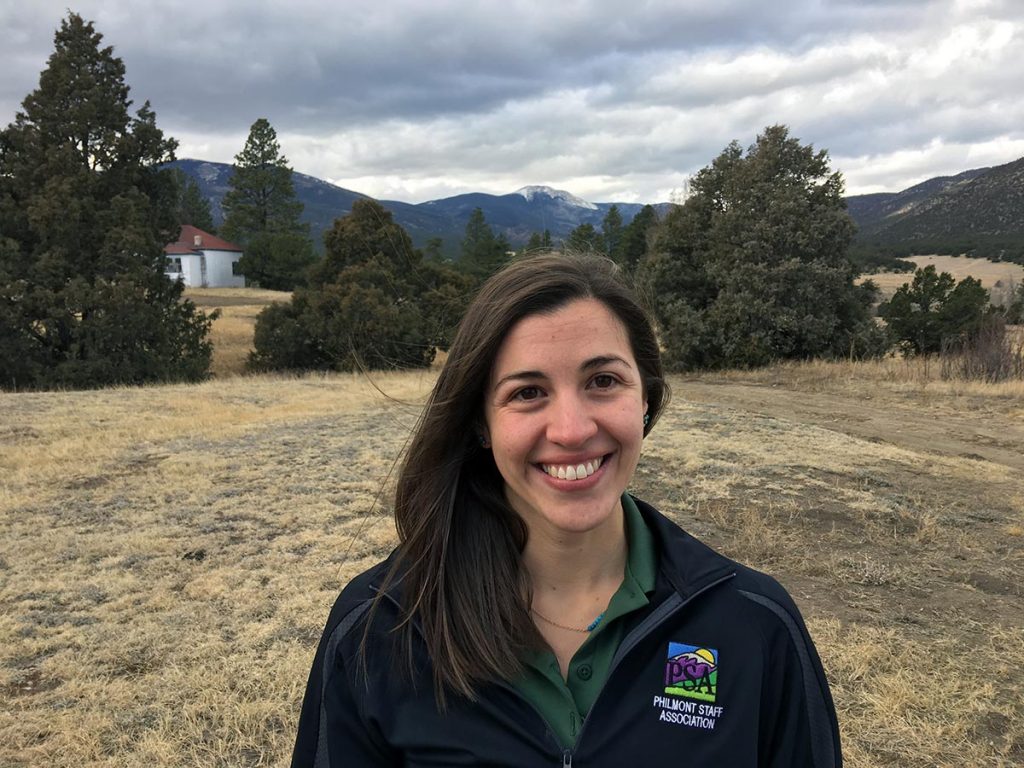 It is with mixed emotion that we announce that Cassandra Robinson, PSA Office Manager, will be leaving her position with the PSA effective November 22, 2019. Cassandra’s husband Ross has accepted a new position in Colorado Springs and they will be relocating there. Cassandra started her time with the PSA in the summer of 2017 and then became full-time with the us in 2018.

Cassandra began working at Philmont as a PTC Group Leader in 2007. She went on to work at Philmont for ten more years! 2008: PC Urraca; 2009: PC French Henry; 2010: PC Crooked Creek; 2011: CD Hunting Lodge; 2012: CD Miners Park, 2013: Assistant Logistics Communication Manager; 2014–2016: CHQ Registrar; 2017: PSA Office Summer Staff. Cassandra has been a great asset to the PSA and we wish Cassandra all the best as her family gets adjusted to life away from Philmont!