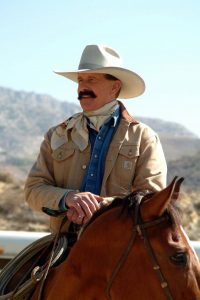 Cimarron, N.Mex. – R.W. Hampton, nationally recognized Western singer, songwriter and entertainer, has been named the 2018 recipient of the Philmont Staff Association’s Distinguished Staff Alumni Award. Hampton, of Miami, NM, will receive the award and serve as the keynote speaker at the opening assembly for Philmont’s 1100 seasonal staff members on the evening of May 29 at Philmont.

Hampton, a 2011 inductee into the Western Music Association’s Hall of Fame, was named by American Cowboy magazine in 2013 as one of the “50 Greatest Country & Western Singers,” alongside performers like George Strait, Johnny Cash, George Jones, and Gene Autry. He’s a four-time recipient of the Academy of Western Artists’ Male Vocalist of the Year award and the 2009 recipient of a lifetime achievement award from the American Cowboy Culture Association.

Hampton got his performing start playing the guitar and singing at cowboy campfires at Philmont Scout Ranch, where he worked as a wrangler in backcountry camps during the summers from 1974 through 1976. He went on to work as a cowboy on ranches all over the West, in New Mexico, Texas, Nevada, Oregon and Wyoming, but all the while continued his singing and songwriting. In 1988, he made the career leap to full-time entertaining, and has earned “a wagonload of awards” for his work since then.

Thirteen albums, including a Christmas collection and two gospel albums, bear his name. Austin to Boston, released in 2010, ranked as the number one most played western album in 2011. A 2008 album, Oklahoma . . . Where the West Remains, recorded with the Enid Symphony Orchestra, earned Traditional Western Album of the Year awards from both the Western Music Association and the National Cowboy and Western Heritage Museum. Hampton’s resume’ includes performances at the Grand Ole Opry in Nashville and the Smithsonian Institute in Washington, D.C.

Hampton’s entertaining skills aren’t confined to singing and songwriting. R.W. has also appeared in more than a dozen movies alongside Western stars like Kenny Rogers, Ben Johnson, Richard Farnsworth and Kris Kristofferson, playing characters ranging from a quintessential frontier marshal to a hand known only as “Scar.” He also stars in a critically acclaimed one-man stage play, The Last Cowboy – His Journey, in which he plays an aging cowboy in 2025 recounting the history of the American cowboy through monologue and song.

The Distinguished Staff Alumni Award (DSAA) is presented annually by the Philmont Staff Association (PSA) to recognize “distinguished or exceptional personal success or achievement on a national or international level by a current or former Philmont staff member, in any field of human endeavor, that brings honor and credit to the legacy of the Philmont staff.”

The Philmont Staff Association is the alumni organization for current and former members of the staff of Philmont Scout Ranch, the Boy Scouts of America’s national high adventure backpacking base in northern New Mexico and largest private camp in the world. 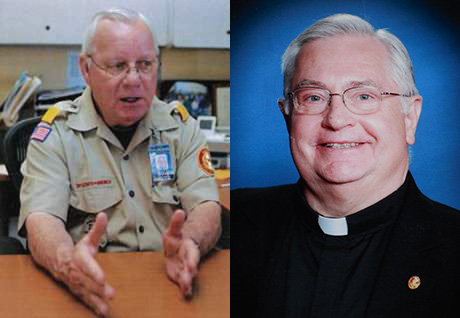 The Silver Sage Awards are presented annually by the Philmont Staff Association to recognize “distinguished and exceptional personal service or contributions of an important and lasting nature, by any individual or organization, for the benefit of Philmont Scout Ranch, Philmont program participants, and/or the Philmont staff.” The PSA Board of Directors is pleased to announce the 2015 recipients:

Dr. Goertz is a pediatric cardiologist and faculty member at the Kansas University Medical School. He is now in his 28th year of service as Philmont’s Chief Medical Officer and as course director of the KUSM pediatric rotation program through which fourth-year medical students serve as Philmont medics. He is responsible for recruitment of all of the volunteer staff physicians who serve one or two-week shifts at Philmont each summer, and has served as chairman of the Philmont Health Lodge Task Force since it was created in the late 1990s. Kenn has had the principal leadership role in several important and lasting innovations in Philmont operations and health care, including changes to the itinerary system to provide that the first three days of each trek will be spent at altitudes below 9,000 feet to allow better acclimation, implementation of mandatory height-weight guidelines for backcountry participation (that have since been adopted by the entire BSA), and development of detailed risk advisories for participants and physicians. This summer marks his 30th as a Philmont staff physician.

The Order of the Arrow

For twenty years, the Order of the Arrow has partnered with Philmont to sponsor the OA Trail Crew Treks, in which OA members spend a week building trails at Philmont before embarking on seven-day treks. To date, nearly 3,000 Arrowmen have spent almost 100,000 work hours building miles of Philmont trails, including the new route to Baldy from Copper Park and the still-in-progress trail from Clear Creek to Mt. Phillips that will be totally within Philmont’s boundaries. Other Phil-trails constructed by OA teams include Vaca, Tooth of Time, Lovers Leap, Black Horse, Lower Bonito, Chandler Canyon and Flume Canyon. As the Order of the Arrow celebrates its 100th anniversary this year, it is fitting to honor it as the second organizational recipient of the Silver Sage Award (the U.S. Air Force Academy was the first).