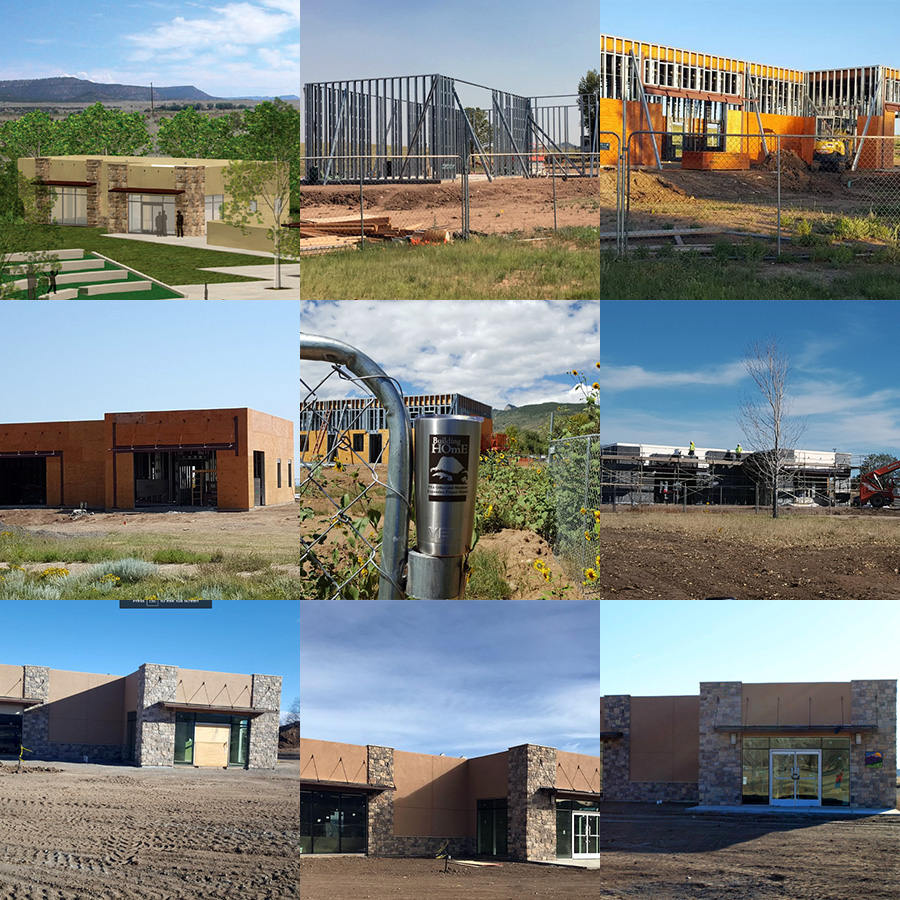 The Building HOmE Development Committee and the PSA Board invite you to join us for the dedication of our new office building in the Philmont Museum and Library Building Project.

We invite Cimarron locals to join us on Saturday for the dedication and meals at a reduced cost. $15

Philmont staff can attend the ceremony and evening programs free of charge. 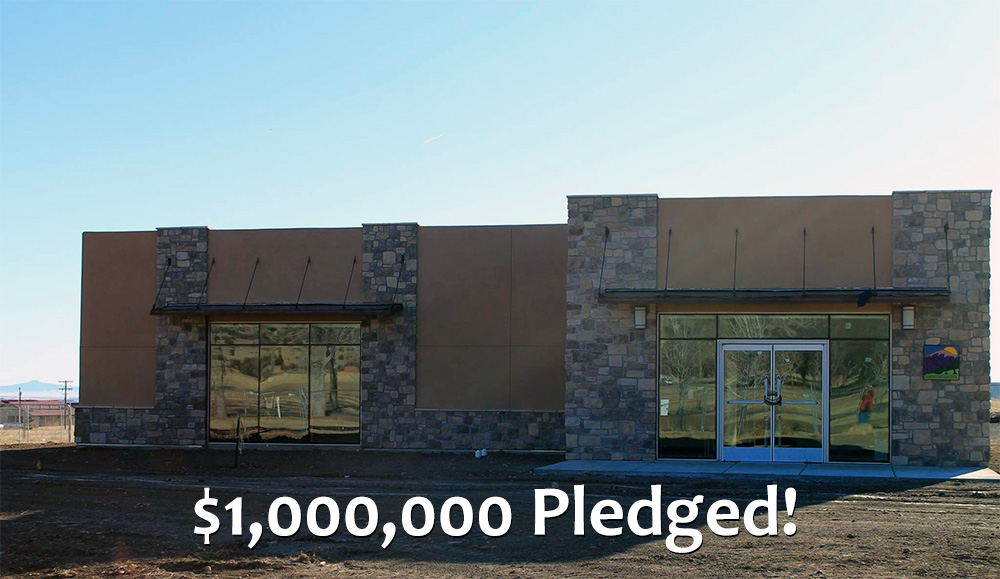 You read that correctly, the pledges have reached the $1 million mark in just under two years from when the brochures first hit your mailbox.

As co-chairs of the Building HOmE: PSA Office and Philmont Museum Expansion Project capital campaign, and on behalf of the entire committee, we’d like to extend a huge thank you and congratulations to all of the donors who have helped the PSA on our path to this wonderful trail marker on our trek to $1.5 million. To those of you who have not donated, or are waiting until just the right time to do so, now’s the time. We still have $500,000 to go to reach the end of our trek towards $1.5 million. Our PSA office building is close to being move-in ready, and work is progressing on the new Philmont museum which is scheduled to be open to Scouters for this camping season.

We aren’t back to Basecamp yet, but we’ve certainly reached the top of Shaefer’s Pass on our trek, and can see the end in sight! There will be ongoing updates as our trek progresses.

Again, thanks to the 500 people who have donated thus far to help in Building HOmE, we’re sure we’ll see plenty more names added to this list by the time we reach the end of our trail!

Contribute a single amount rather than make contributions over a three year period.

As part of the PSA’s Campaign4Philmont, Ranch Committee Member and longtime PSA member Jim MacGillivray has pledged to match any gifts made to the Campaign up to a total of $20,000.

To qualify, the gift must be:

1. New (since the time that the challenge was issued in June),
2. From people who have not previously contributed to PSA capital campaigns,
3. And not exceed $500 per gift.

As of July 8 (only three weeks after announcement of the challenge, $10,875 has been received in response to the challenge! You can help us reach the $20,000 goal with a gift today.

Thank you for helping us help Philmont.

Perhaps the biggest evening in the history of the Philmont Staff Association finally came. The Silver Sage Staff Activity Center, the $1 million gift to future Philmont staff from the PSA, was formally opened and dedicated with a gala affair on August 16, 2008. Over 300 members, donors, and current seasonal staff were on hand, and despite torrential rain and unseasonably cold temperatures, the ribbon was cut on a building that will serve coming generations of Philstaff.

As dinner was about to begin, the skies darkened and one of those fabled New Mexico storms swept through base camp. Despite the wind and heavy rain, the events of the evening went on according to schedule, thanks to Philmont staff leadership. Rod Taylor entertained the crowd with some of their favorites after dinner.

The Silver Sage award ceremony was next on the program.

The PSA honored David Bates, Joe Clay, Jack Rhea, and Bill Spice for their valuable contributions to Philmont and the Philmont staff experience. Steve Fossett was also honored, although no one from his family was able to attend. Joe Davis and members of Boss Sanchez’s family were also in attendance, representing the first class of Silver Sage recipients.

As the sun set on the evening, the temperatures dropped to below 60 degrees. The ribbon was cut by seasonal staff leadership; then Chief Ranger Adam Herrenbruck lit the Ranger Legacy Fireplace.

The dedication ceremony moved indoors. Ed Pease and Bill Spice made remarks about the project. Bill also recognized some of the key donors in attendance: Hugh Brewer, Jim MacGillivray, Dwight Stein, and John Murphy. Gene Schnell and Steve Willis were recognized as the inspiration for the OA Trail Crew campaign. Mary Walcutt was also recognized for the gifts made in her husband’s memory. Artists with works on display at the facility were also recognized. President Jim Lynch presented the dedication plaque to Keith Gallaway, Philmont’s General Manager. To close the ceremony, Father Don Hummel blessed the building.

Again, thank you to all who have contributed and support the PSA’s most ambitious project to date.